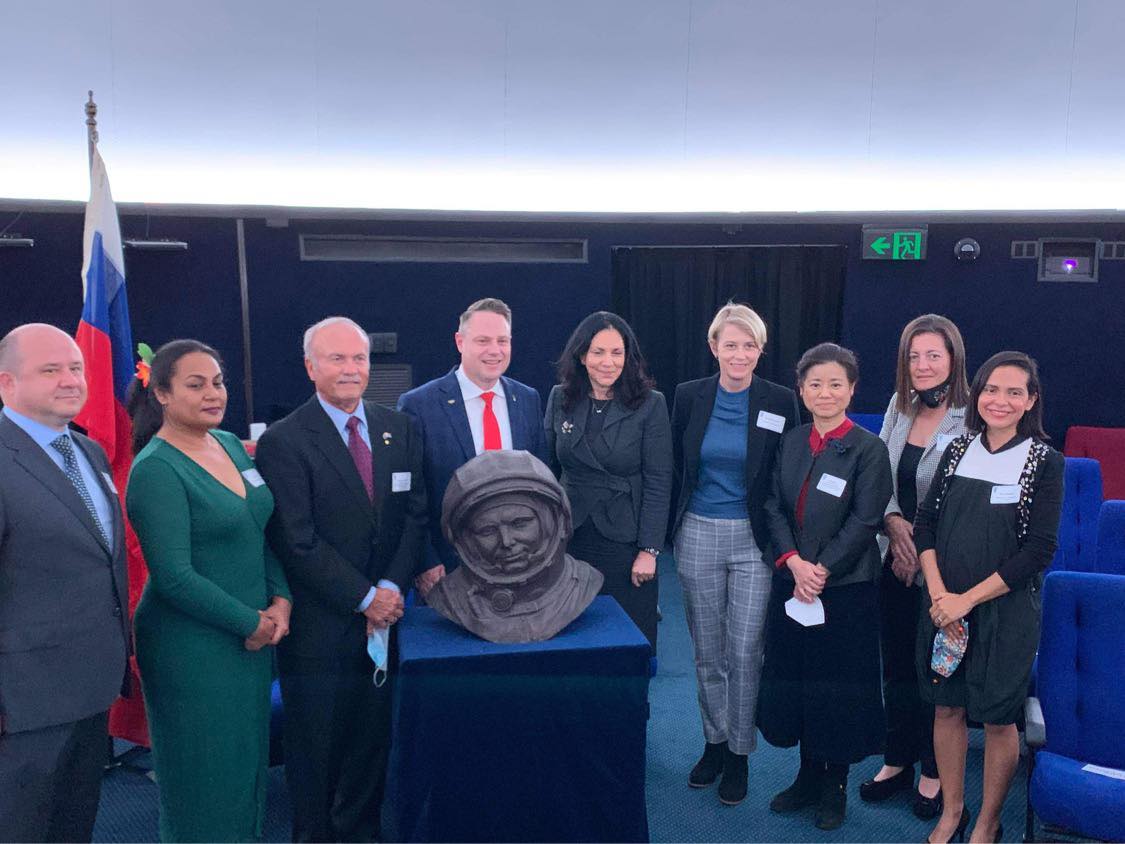 On the 20th August 2021, the Lord Mayor of Brisbane, Mr Adrian Schrinner joined the Honorary Consul-General of Russia and Dean of the Consular Corps of Queensland, Ms Irina Bruk, to unveil the bust of Yuri Gagarin, the first person to make a journey into space. Thank you to the Dialogue of Cultures - United World Fund for this generous donation to our Planetarium.